One quarter of drivers are still using their phone 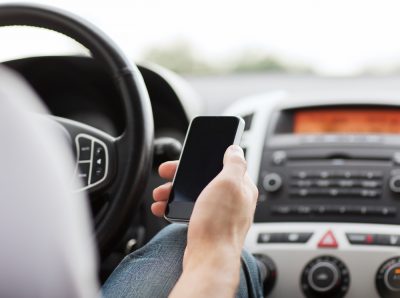 Nearly one in four drivers are still using their phone illegally while at the wheel, either making or receiving calls. In March 2017, the government cracked down on this and doubled the points you would receive if you were caught using your phone whilst at the wheel. This dangerous driving has increased the amount of points you receive to 6 points on your licence and a £200 fine. 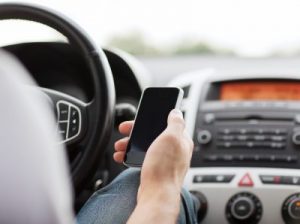 The amount of people using their phone while driving has decreased. However, still 23% of drivers asked admitted to illegally making or receiving calls. This dropped from 31% in 2016, showing a significant impact on the tougher penalties.

40% of the people asked, said they still check their phone for texts, emails and social media when sat in traffic, even though this is still the same penalty as if you were caught using your phone to make calls. “The fact that you are sat in traffic makes you feel safer, as nothing is moving.” Yet this is still classed as illegal so beware.

Only 1 in 10 people knew about the harsher penalties that were brought into place in March 2017. Of the people who did know about this new law and still continue to use it (As we call them the ‘hard-core’ law breakers), 57% of them were men. They said they do it because they know they can get away with it.

How to overcome this dangerous driving

In order to overcome this issue, make sure you have a proper hands-free unit installed in your car. This will ensure you are not breaking the law and no fines will be issued.

The gender pay gap increasing
Why landlords need buy to let insurance
Share
Print page
0 Likes
Give us a call for a free quotation or professional advice on: 0191 482 0050