The Bank of England believe that up to 75,000 jobs in the financial services sector could be lost due to the exit of Britain leaving the European Union (Brexit). However, this number is just an estimate, and could go down due to the trading deal that the UK and the EU make. Yet the bank still expects a substantial amount of job loses whatever the trading deal turns out to be.

Many jobs are expected to move to the continent. This could be a huge change for not only the Bank of England but for the whole financial department.

It has been suggested that Brexit will create job opportunities. Such as developing bespoke financial services for emerging market economies across the Middle East and Asia, including places like China and India. 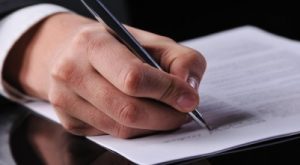 What happens if the UK is denied access to Europe’s single market?

It is all speculation around the amount of job losses and gains when talking about Brexit and Europe’s single market. However, it is said that around 10,000 finance jobs would be moved out of Britain and created overseas. With the most popular destination being Frankfurt, Paris, Dublin, Brussels and Madrid.

How far is Brexit from happening?

The Brexit secretary; David Davis, is expected to take the lead in the cabinet talks on the withdrawal. However, the government are hoping that the meeting in December will start off the trade talks again. Yet this is not for definite.

For more industry and insurance news, click on out blog, we have the latest and most relevant news waiting for you to read.

Everything you need to know about the budget tomorrow
Hotel comparison websites are under scrutiny with the CMA
Share
Print page
0 Likes
Give us a call for a free quotation or professional advice on: 0191 482 0050